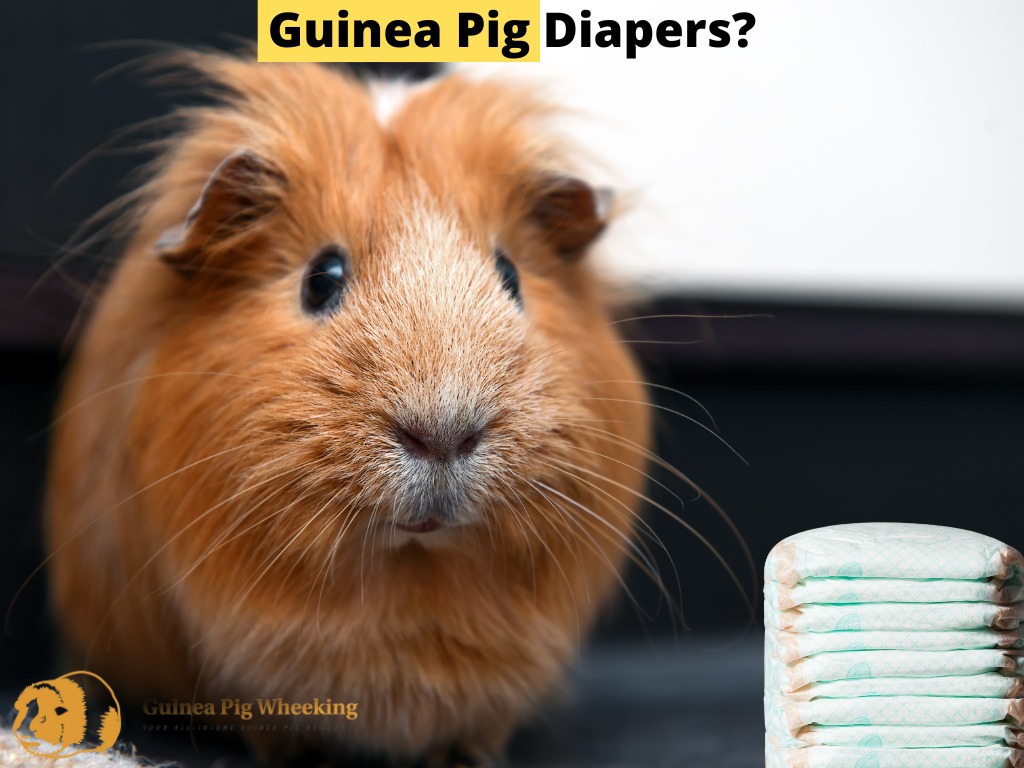 Can you put guinea pig diapers on a guinea pig? Do they like it? And is it safe? Will they develop health conditions from doing so?

The short answer is that you shouldn’t put a diaper on a guinea pig unless it’s needed. The reason is that guinea pigs often feel very uncomfortable in diapers. And the diapers can subject them to infections or skin abrasion if they don’t have long fur.

So, what’s the ultimate answer? Should you put a diaper on a guinea pig? And if yes, then how do you make one? Read on to find out more about diapers on guinea pigs.

Can you Use A Diaper For A Guinea Pig?

First, let’s answer the question right away: can you put a diaper on a guinea pig? And the short answer is: No. At the very least, it’s not recommended.

Diapers can be very uncomfortable for your guinea pigs, whether adult or young. Not only that, but diapers are very dangerous for guinea pigs. Guinea pigs produce a lot of waste. So, keeping all that waste stored in a diaper that is uncomfortably close to their skin is not good.

Can You Put Diapers On Guinea Pig When Going Out?

It’s not recommended to force your guinea pig to wear diapers, even when going out. However, you may want to have a better way to contain all that waste. For that, a diaper may work. But it’s best to bring them in their cages and let them do their business there. Or bring extra diapers with you.

As we already established, guinea pigs poop the most out of other pets. Hence, you’ll need to change their diapers constantly. It’ll be more inconvenient as you’ll be on the watch and replacing diapers.

There isn’t any specific time limit. But the shorter the time, the better. The longer the diaper stays on, the longer the waste hugs their delicate skin. It can get trapped in their fur and may lead to flystrike and other diseases. Additionally, the diaper will collect more waste and may even weigh the cavy down.

You should first monitor how often your guinea pig poops and then plan. Carry the right amount of diapers when you have to carry the cavy. And only keep it on for about 40-60 minutes. If your cavy poops, even more, the time limit is further reduced.

While it’s not advised, you’ll need to make DIY diapers in case of an emergency. After all, they don’t make diapers that small. To do this, you’ll need:

Start by cutting the baby diaper to fit the guinea pig. Ideally, cut a hole in the diaper for the head of the piggy. It shouldn’t be too large or too small to restrict movement. Stick on the panty liner below the hole you intend to pass the cavy’s head. Cut the panty liner or sanitary pad to size.

Now, get your guinea pig into the diaper, and you’re good to go. Make a few, so you have plenty when you need to change.

How To Put The Diaper On Your Guinea Pig?

To put the diaper onto your guinea pig, ensure that it’s calm. Then, grab it and place it onto the diaper. Pass the head of the cavy through the hole and pull out its feet and hands.

Now, secure the Velcro straps around the piggie’s back so that the diaper does not fall. Ensure that the whole contraption is secured to the cavy’s body but not too tightly, so it doesn’t restrict motion.

And voila! Your piggy pants are ready! Be sure to check them frequently.

Is It Brutal To Put Diapers On Guinea Pigs?

It is not advisable to put diapers on your guinea pigs. The reason is that this is very uncomfortable for the piggies, and it may lead to infections. When your piggy’s waste sticks close to their body, it will lead to infections and discomfort. Unlike human babies, guinea pigs poop a lot.

However, we’re talking about keeping the diaper on full-time. If it is some emergency and you must put a diaper on the guinea pig, then, by all means, make the better choice.

Can Diapers Hurtful Your Guinea Pig?

It won’t hurt them; however, it will still be very uncomfortable. Additionally, diapers accumulate a lot of waste. This can lead to infections like flystrike and will be a bigger headache to clean up.

Yes, it’s not recommended to put a diaper on your guinea pig. The reason is that diapers are very uncomfortable and can lead to unwanted infections. Additionally, it will be a bigger problem cleaning up and changing the diaper than letting them poop naturally.

Unfortunately, they tend to spread their waste all around the house. Normally, they’ll urinate in one spot, hopefully in their cage. But they can poop anywhere.

Can Guinea Pigs Die From Getting Wet?

Yes, it is possible. If your guinea pig stays wet for too long, its body temperature could fluctuate. Their normal body temperature should always stay between 27 to 39.5 degrees Celsius. Even if they don’t look wet, they could still have water trapped under their fur.

Guinea pigs are quite friendly creatures, but they’re a significant inconvenience for waste management. Regardless, it’s not a good option to put a diaper on a guinea pig unless there is an emergency.

The reason is quite clear. They don’t like it. And when you put a diaper on a guinea pig, you’re opening them up to infections and flystrike. However, if you need to take them to a vet or a mall, they have plenty of extra diapers at hand.

Lastly, always consider your piggy’s safety and prioritize that over everything else. 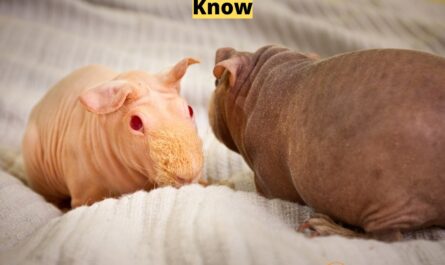 Shaved Guinea Pig – All You Need To Know 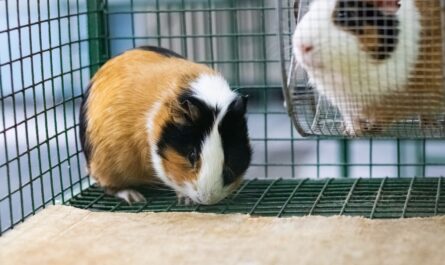