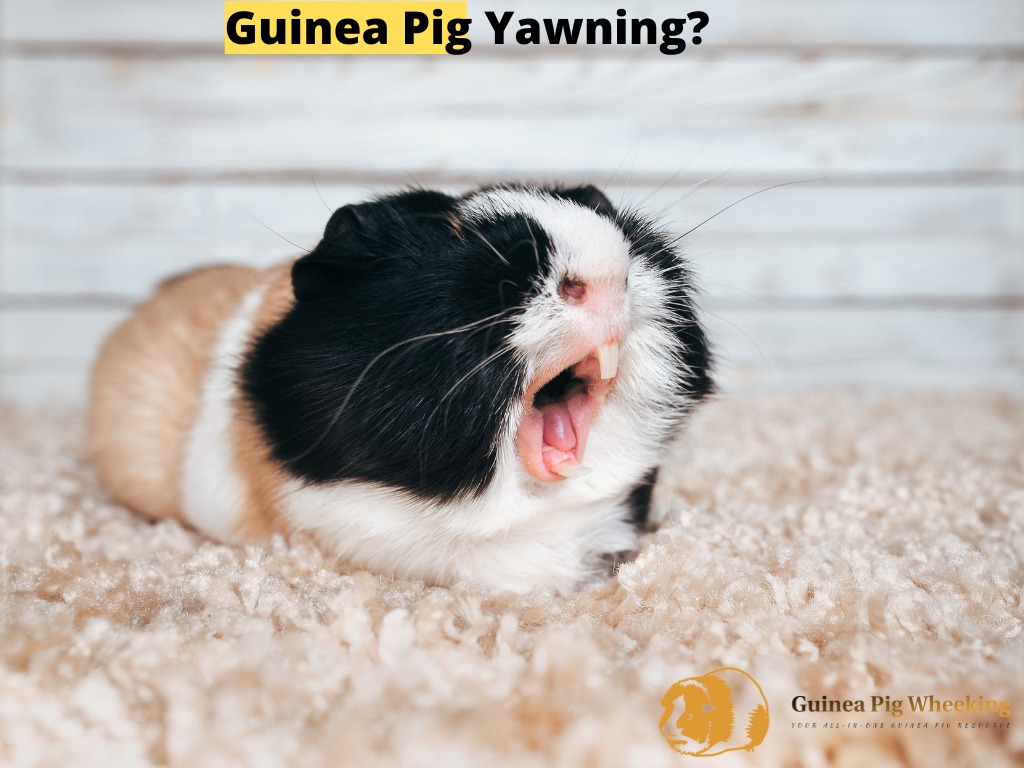 Is your guinea pig yawning? Why do guinea pigs yawn? Is it like the yawning that humans do?

Chances are, your guinea pig is just tired. After all, that’s why humans do it. But sometimes, your cavy may be yawning due to stress, anxiety, or even relaxation. Cavies may also yawn to show aggression and dominance over other guinea pigs.

You must read the message in the yawn and understand what your cavy needs. Here’s all you need to know about why they yawn and if you should worry or not.

What Does It Mean If My Guinea Pig Is Yawning?

Yawning can mean anything to a guinea pig. Much like in humans, it’s still not fully understood why these furry little creatures yawn. However, experts suggest a few common reasons.

The most common reason for yawning is, as with humans, feeling tired. When guinea pigs have had a rough day (walking around the cage isn’t easy, you know), they tend to yawn. Yawning signifies that your guinea pig is ready to rest and charge up for the day ahead.

Yawning may also occur when your guinea pig wants to relax. It’s a natural way to reduce stress and let off some steam.

However, if your guinea pig is around other cavies and is specifically yawning at them, it could mean trying to assert dominance. It’s a way to show the other caves who’s boss and bare their teeth. Asserting dominance can occur for many reasons, such as a dispute over a bowl of food or, in general, antisocial behavior.

Sometimes, their yawning can indicate a form of aggression. It’s very non-physical and doesn’t harm anyone. But be sure to keep an eye on your cavy.

Yawning is the best way for a pig and many other animals to show their teeth, as silly as it might seem. This helps them fend off other cavies or potential predators. Of course, we as humans only see their adorable little gnawing teeth. But it’s a subtle yet sure way of asserting dominance for other cavies.

This behavior is commonplace when your guinea pig is new to your household and needs time to get familiar with everyone. Additionally, when you have a new member in your cage, your cavy may at first disapprove. However, your guinea pig might be tired in most cases, as they’re very social animals.

You see, guinea pigs also yawn as a response to stress. Many factors can bring this stress, including unhappy living conditions and new cavies. If you do find your guinea pig showing excessive aggression, separate it from the cage but not for long.

Should You Get Nervous When Your Guinea Pig Is Yawning?

Usually, yawning is a way to assert dominance and show aggression toward other cavies. If your guinea pig is doing that often, it may need some time to get used to other members.

But if your cavy isn’t pointing the yawning at anyone and is generally just doing it, you should worry. This indicates some level of dissatisfaction or anxiety that the cavy has. Try changing up their living conditions to better suit a guinea pig. If you recently changed anything, revert any changes.

Finally, set them aside with just one other cavy if you have many. Often, they can feel like they’ve lost their dominion.

When You Hold Them, Why Guinea Pigs Yawn?

Contrary to other situations, yawning when being held does not usually indicate anxiety. Instead, it indicates that your baby is happy, comfy, and feeling relaxed. Your guinea pig is probably just yawning because it’s happy to be with you and feels secure with you and its surroundings.

However, the opposite might also be true. Your guinea pig may not feel safe in your hands. This could be if you have a new guinea pig or are new to the piggy. Or it may have other anxieties that are causing it to yawn.

It all comes down to narrowing down the cause. Often, it’ll be nothing to worry about. But other times, your cavy could be telling you about some unhealthy living conditions.

Is It Natural For Guinea Pigs For So Much Yawning?

Yawning is normal like it is in humans. However, if your guinea pig is always yawning, then it might be trying to tell you something. It may be always depressing, sad, anxious, unhappy, or in distress. It may also feel threatened by other humans or guinea pigs. And finally, it may also just show that it’s comfortable with you and its environment.

What Are The Reasons Behind Yawning In Guinea Pigs?

Guinea pigs yawn when they’re stressed, tired, relaxed, or showing aggression. There’s a wide range of reasons why your guinea pig is yawning. So, you should pay attention to any unusual or excessive yawning.

What Should We Have To Do When A Guinea Pig Is Yawning?

Oftentimes, it’s nothing, and you can ignore it, yet excessive yawning may indicate an unhappy environment or disapproval of a new guinea pig. Therefore, always make sure your guinea pig has a healthy surrounding.

Do The Guinea Pigs Yawn When Stressed?

Yes, guinea pigs tend to yawn when stressed. It helps relieve their anxiety and is a way to indicate any problems they have.

Do Your Guinea Pigs Yawn When Calm?

Yes, guinea pigs yawn when relaxed, especially when they’re in your hands all snuggled up. It shows they feel comfy and safe and that they trust you.

Guinea pigs yawn just like humans, and many other animals do. Yawning is natural, and many cavies do it to show they’re tired and ready for a short kip.

However, other reasons can include being distressed, anxious, or relaxed. Often, your guinea pig may be yawning to show dominance and aggression towards other cavies. It’s a harmless behavior that should be carefully watched.

Regardless, now you know why your guinea pig yawns and its meaning. You can chalk it up to regular everyday yawning most of the time. But you must learn to read the message behind every yawn. 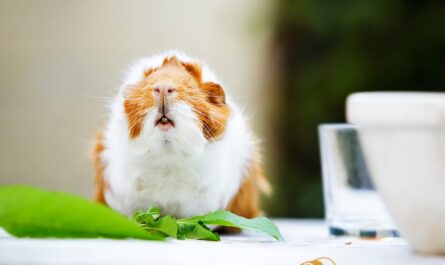 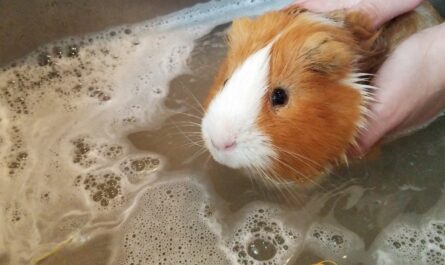 Can You Bathe A Guinea Pig? 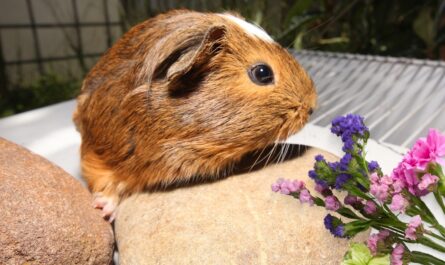 What Smells Do Guinea Pigs Love?